Today's Press Conference by the Ministry of Trade, Industry and Energy of the Republic of Korea https://t.co/iyHVXb8rxn

Today's Press Conference by the Ministry of Trade, Industry and Energy of the Republic of Korea

As the Ministry of Trade, Industry and Energy of the Republic of Korea held a press conference today on the administrative briefing held on July 12th and following exchanges of e-mails, and the press conference included some misinformation, METI hereby releases the following facts.

During the session, the ROK side expressed that they hoped to find a clue to the resolution of the issue at that day’s session, but did not request a restoration of the original condition as they mistakenly stated in their press conferences.The Japanese side replied that this matter is not subject to negotiation, and therefore, the Japanese side was merely providing a briefing on the facts at that time, as was agreed by both parties.

3. The ROK’s export control
We are aware that the ROK side is asserting that they have introduced a conventional weapons catch-all control. However, the articles that define the ROK’s catch-all control, which are Article 19 of the Foreign Trade Act and Article 50 of the Public Notice on Trade of Strategic Items, stipulate that the articles cover WMD-related goods. It is not clear whether goods relating to conventional weapons are covered by the definition of WMD-related goods. Therefore, Japan recognizes that the legal basis for their assertion is unclear.

Also, the ROK asserted in their press briefing today that in their enforcement system they deploy more than 110 people in charge within three ministries and two related organizations. However, this number includes not only people that maintain export control responsibilities, but also those who engage in the trade of weapons themselves and other people in private organizations. According to the official site of MOTIE, the division that engages in the review of dual-use items consists of 11 officials, whose responsibilities also include trade insurance and the Kimberley Process (trade of diamonds).

Even before last December, the ROK repeatedly postponed the dialogue, in some cases even after the date had been fixed. Japan have expressed concern of not having held the dialogue over a significant period to the ROK and have made repeated requests to hold the dialogue.

As for the ROK’s claim that exchanges of opinions between the authorities had occurred at occasions such as the Asian Export Control Seminar held by METI, Japan’s recognition is that the exchange of opinions at seminars is completely different from official policy dialogues which cover and contain confidential information.

Holding policy dialogues containing sensitive information provides the basis for realizing effective export control between trusted trade partners. However, if the ROK continues its current course of action which includes disclosing bilateral communication without mutual consent, as it did in today’s press conference, holding a policy dialogue based on mutual trust remains difficult.

Having said that, we hope to continue our communication with the ROK at the working-level in order to resolve the current situation. 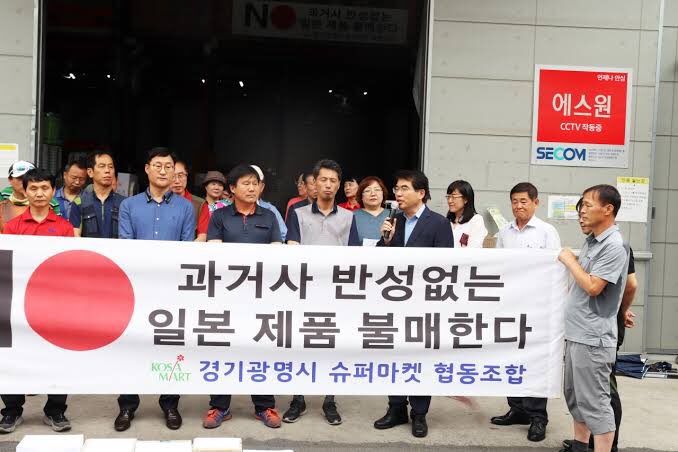